Grand views on the Hooch

Enjoying my morning with Dex.  Birds singing about surviving the storm last night.  Coolness that keeps the air conditioner silent under my chair.  No Name out hunting. 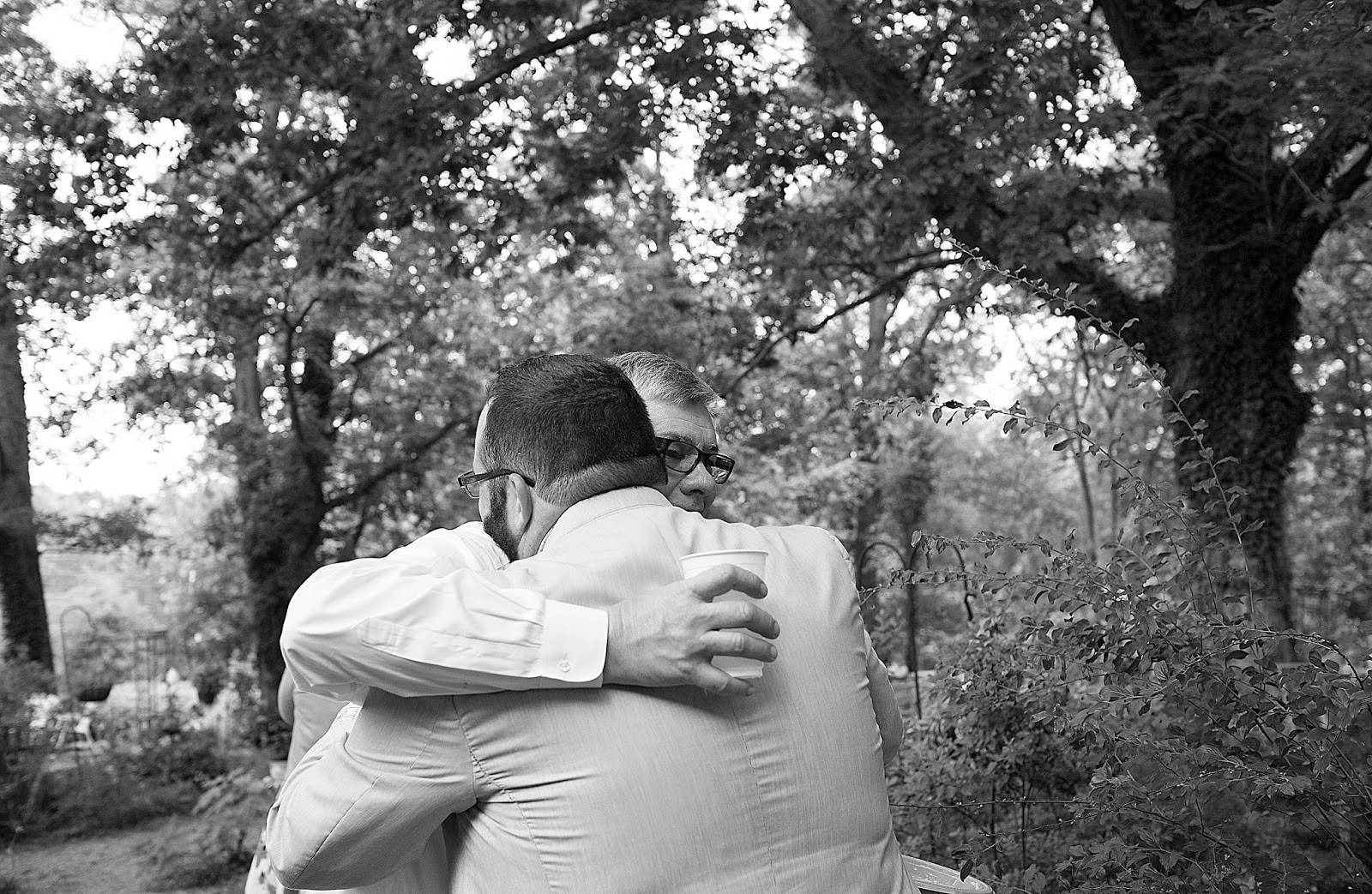 It's almost impossible for me to wrap my head around all the good things that are going on in my life.  Our baby boys are now officially part of our family.  They have been a spiritual part of our family since January when we first knew they were coming to live in our part of the world.  Now the Judge, who was from West Point, small world, says they can legally stay.  Amazing. 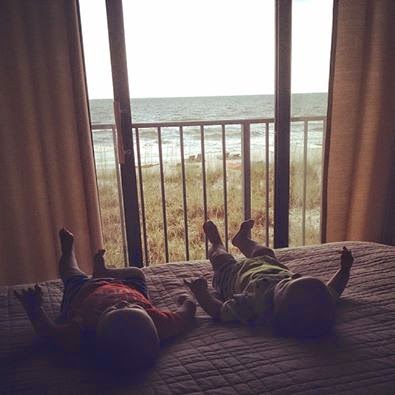 Baptized Twin Hedgies at the beach kicking up  their heels.

Last Sunday goes down as one of the best days of my life.  We had a beautiful baptismal service at Shawmut UMC with mementos on the altar from our family representing the saints---a quilt from Duke Boy's Grandmother, Hedgie Boy wore Duke Boy's daddy's jacket, other things that fail my mind. Many of the hymns were from our first Hedgie baby, Thomas' service, scripture from our wedding and Hedgie Girl's baptism. One of the best parts was having so many friends and family members there to give witness to God's claim on our boys.  Thanks to all of you.  Ian from Fairfax UMC preached a marvelous sermon--Duke Boy was too overcome with emotion and pride that sermonizing wasn't in him. He did perform the baptism. 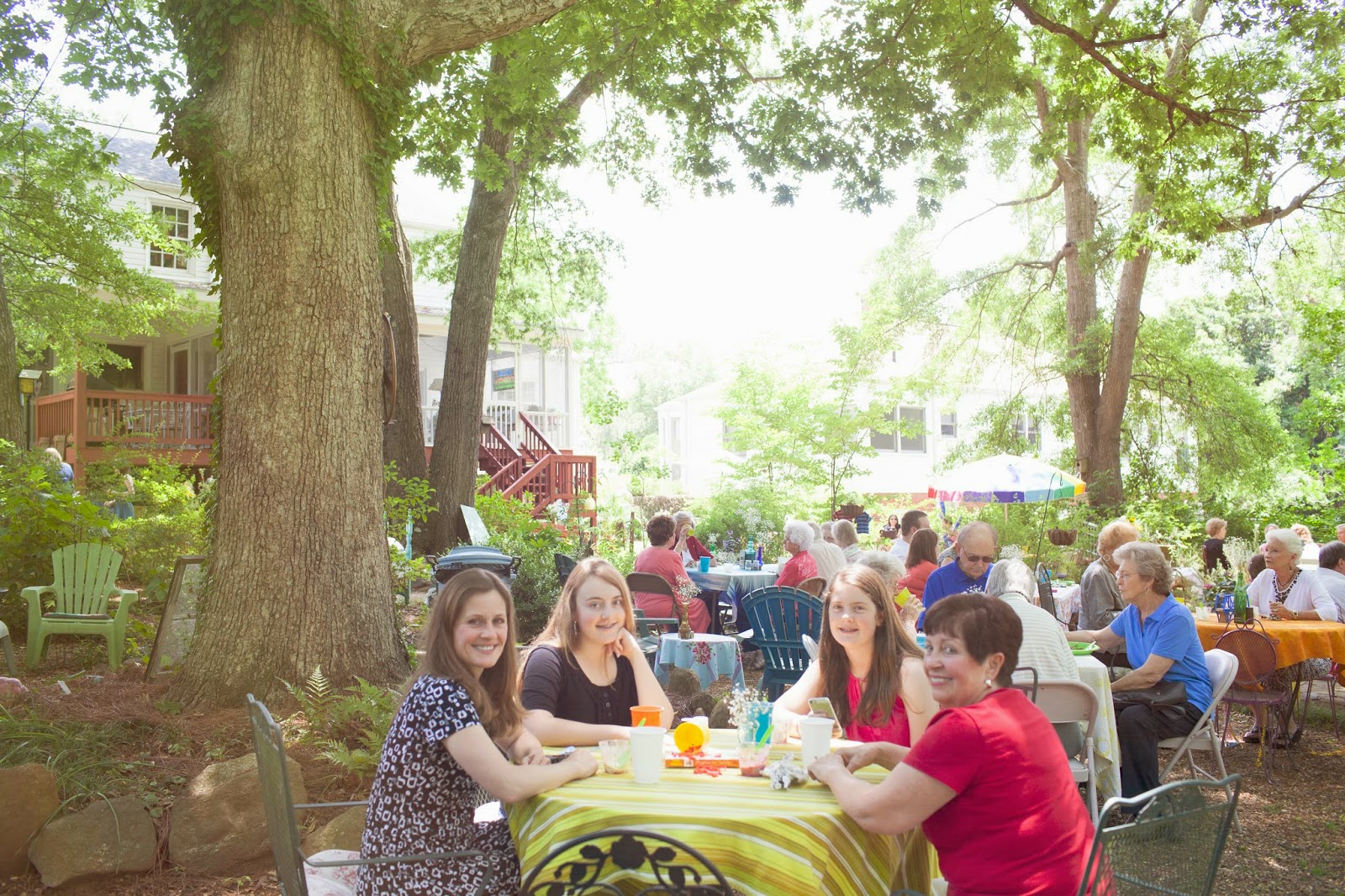 The beautiful smiles belong to my Dentist's family.

Lunch at our home afterwards made all those garden bend overs worth it. 84 people in our river garden.  Great-Grandparents on the porch.  Picture perfect weather, bar-b-que from Duke Boy, sides from Railroads, catering by Railroads--they did the best job.  I didn't have to do a thing.  What sweet, efficient servers.   People stayed and visited and cooed over the boys. What a wonderful day.

Peace to all.  Take some time to drink in the beauty of God's love through His gifts of nature.
Posted by Chatt-a-while Gardener at 2:00 PM No comments:

Dancing with the Stars finale.  Meryl and Maks.  Want them to win.  Such fun watching them dance.  Have also loved watching Amy and Derrick.  She is amazing to watch with her prosthetic feet.  Maybe I will take up dancing under the stars where no one will hold up a score paddle.  Just saw the GNC commercial on being average. Too funny and so me.  Average is good. No average is average.
Meryl and Maks just won.  So glad.

Trying to get prepared to have the 100+ folks at my house for lunch on Sunday to celebrate our boys' baptism.  Such gorgeous weather this week.  Hope it holds for Sunday.

Trying to get my sunflowers to grow.  The grasshoppers have other ideas.  Some of the leaves only have a few holes.  My tomatoes and pepper plants are looking good.  I love spring!

Time to go to bed.
Posted by Chatt-a-while Gardener at 5:09 AM No comments:

Fun time browsing an estate sale today.  Got a great deal on a pick axe--for Duke Boy.  Really wanted someone to buy me a lovely dining room cabinet--no one did--sad.  Maybe it will be half price on Sunday--Ha!

Kept my boys for awhile today.  Of course, they are precious as ever.  T2 saved his giant pooper until we went to Opelika.  Thank goodness for leather seats and having our Mommy along.

Duke Boy is snoring so loudly I can barely hear the TV.  Too much pick axe.

Peace to all from the Valley.
Posted by Chatt-a-while Gardener at 4:21 AM No comments:

Winding down with Dex after an action packed MDW--Mother's Day weekend.  It began with a celebration of  the premier of Moms' Night Out.  A movie written and produced by my nephews, The Erwin Brothers.  They were very happy young men with happy families.  My fav part of the movie is where Bones, played by CMS, country music singer, Trace Adkins, listens to a stress paralyzed young mother and gives her a dose of grace.  See the movie for his profound delivery of the message.  Love that voice.  I'm gonna have to start listening to his music now. 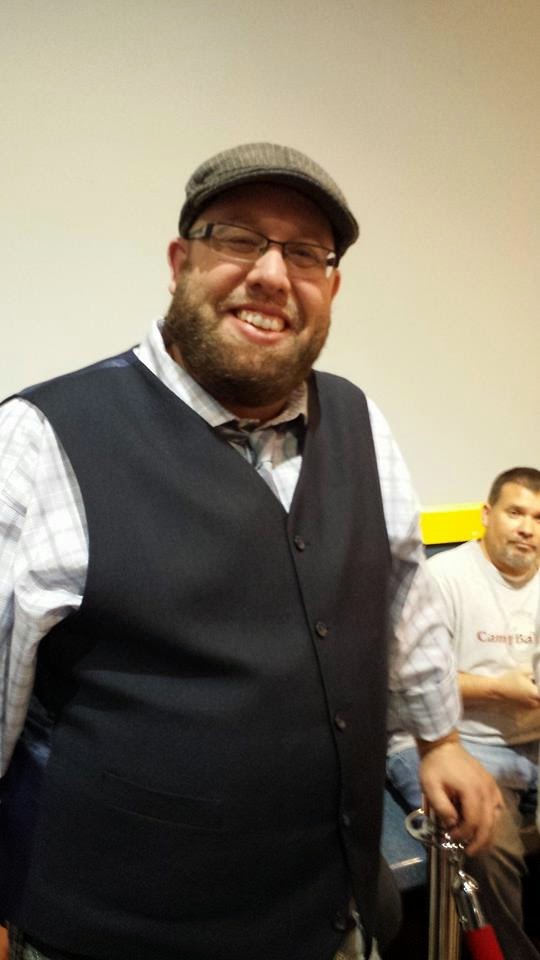 Andy Erwin Premier of Moms' Night Out in Alabaster, AL 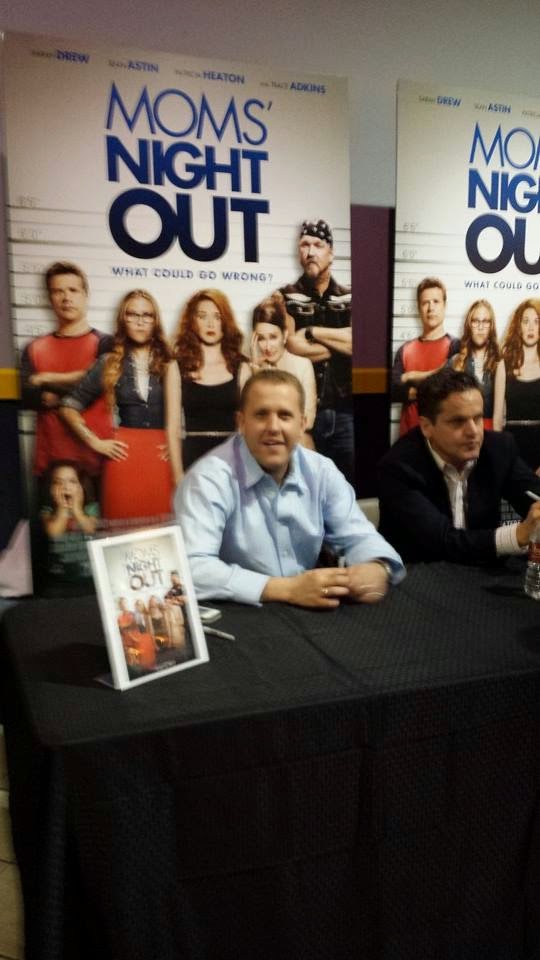 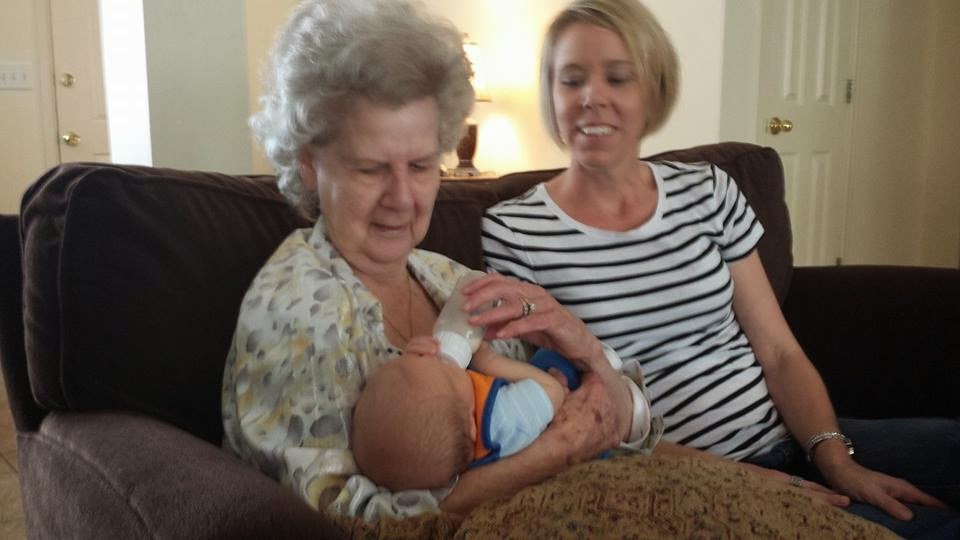 My Mom and niece with one of the new boys

Top of the River companions 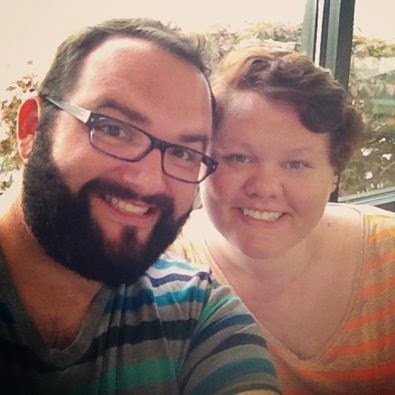 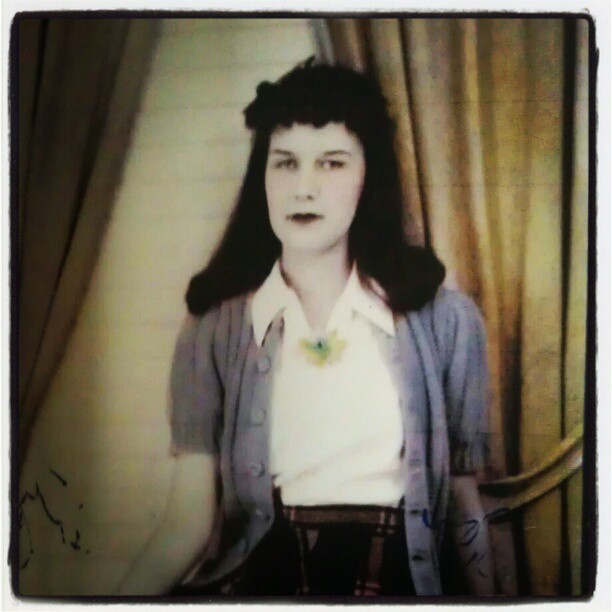 My beautiful Mom before she had 4 kids 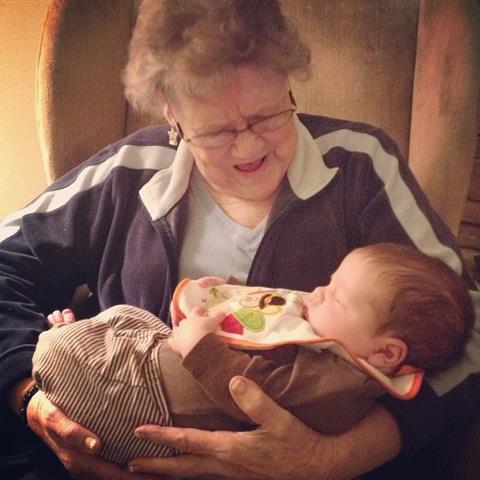 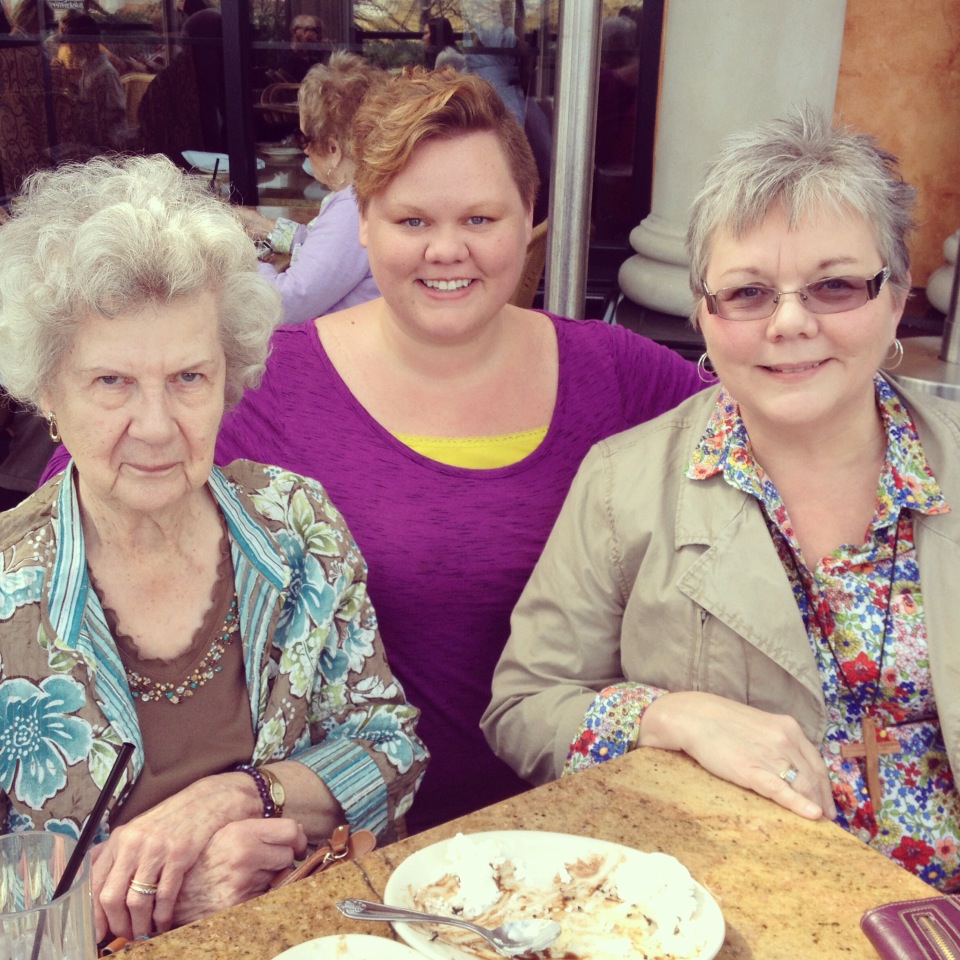 
Next had breakfast with a bestest and older friend---and her sweet younger husband.  Then a tour of their new home to be.  So happy for them.  Got to tour my new bedroom for future spend the night parties--usually before Bama games.  Her only child, Kevin, was 31 on Saturday.  Happy Birthday Kevin.  His baby Hannah will be 1 soon.  Love that family.

Then on to Camp Sumatanga.  My first visit there in several years.  I spent summers these as a youth.  This time I got to help introduce my sweet grandtwins to nature .  They love the outdoors.  They are having a Grand Camp this summer for grandparents to take their grands. They are a little young at two months.   Gotta be 4.  Sorry boys.

Discovering that Double Sugharing is a little like childbirth.  If you remembered it then you'd never then think about doing it again.  Saturday night we kept them through "the witching hours" while their parents shot a wedding.  Lovely--we went and took the boys up the mountain at Sumatanga to the chapel.  They were grand and quiet during the ceremony. The reception was at the bride's family's horse farm--I only saw the cows.  It was under an amazing open air structure with a fabulous view.  I got to dance with Tomlin or Thatcher, I forget which, for the first time in public.  We have had several private dances.

The boys were so impressed with the cows that one of them went to the room later and tried to replicate a cow patty in his diaper.  Whew.  I thought I was gonna have to hose him down--instead I used 2 dozen wipes.

After the cow patty adventure--Paw and I tagged teamed and sang many Bible songs, and any other songs we could think of to get them to stop screaming. Bless their hearts and ours. Later after their parents came home they smiled sweetly at us from their zipped tight Houdini swaddlers .

Today we make the trek with 10,000 others--no lie--to the Top of the River in Anniston.  The onion rings were my fav.  Not all 10,000 were there with us--just 500 can be seated at a time.  The other best part was being with 4 guys and one amazing girl.  We parted ways after lunch and Duke Boy and I headed to West Point.

While I was preparing to blog I was interrupted by Hedgie Girl.  She made me hurry outside where I received adorable pix of the boys.  Got in some quick kisses to all before they headed off to bestow blessings on other Moms.

Great times.  Hope all of you had special blessings this day.  Peace.
Posted by Chatt-a-while Gardener at 3:50 AM No comments:

Sharing the evening with Dex. What a beautiful time. Did some weedin in Eden today.  We are getting ready for company and I'm trying to reclaim the yard.  No Name (NN) stayed close by this afternoon while I was sticking my hands in briars and brambles so thick that a rabbit wouldn't go---some of you may be old enough to remember that song--fired our guns and the British kept a comin...
name that tune. 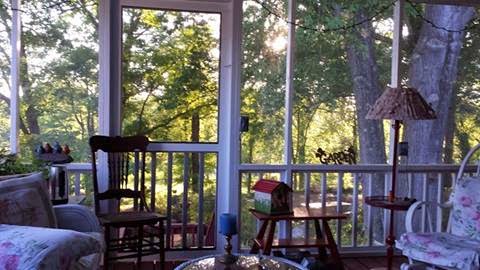 Anyhow, I didn't discourage his presence since I know he's a pouncer--I didn't see anything with no shoulders but I'm sure they were there.  My sister, the science teacher, told me about  an outdoor class she took where they put rubber snakes all over the woods and challenged them to locate them.  They missed a lot--this evidently was meant to mimic really life in the woods.  I guess we'd all stay deep indoors if we  knew all of what lurked there.  Or course, that also means the canna lilies, daises, and butterfly bushes are never uncovered either.  Gardening and life--lots of choices and hazards but an amazing amount of wonder too.  Get out there--where gloves--take clippers, check for ticks.  Thought I just felt something crawling on my back...nope. Gotta bathe.

Chatt-a-while Gardener
I'm trying to enter the world of technology differently so my writing can reach more people who might be interested in what I have to say. I am very new to this whole idea of blogging as I was to writing newspaper articles a few years ago. I now write pretty regularly for our local paper so I thought I'd try my hand at this approach. I'm married to a preacher, live on the Chattahoochee River, and share my husband with our Boston Terrier. We love living nearby our daughter and her husband, who we love like a son. My day job and ministry in this community is working for the Pastoral Institute as a family therapist.